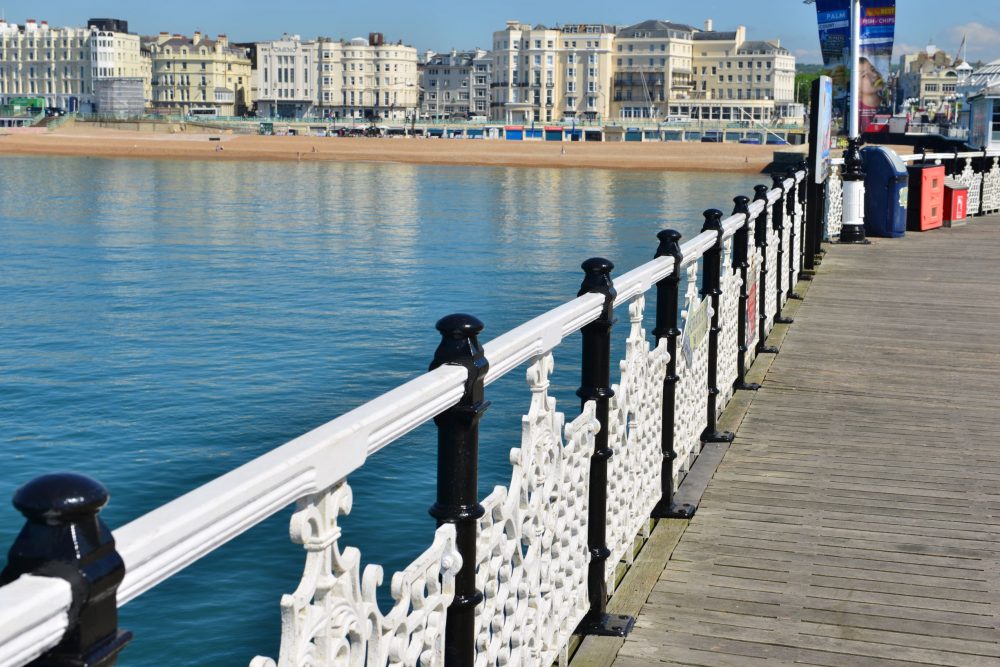 The 17th century Brighton seafront hotel, situated on King’s Road, has been granted planning permission for a multi-million-pound expansion.

The Old Ship would have an additional 54 rooms, six stores on the front of the hotel, plus a swimming pool with a removable roof.

The project also includes a six-storey expansion at the back, improved restaurants and bars, a fitness center, and a night club in the basement.

The hotel includes a variety of separate buildings, such as the Assembly Rooms, that were built in 1767, even before Royal Pavilion, but which are now categorized as Grade II * listed.

Almost all of the building structures that make up the hotel date back to the 19th century and the hotel is situated in the Old Town Conservation Area.

It was identified as the Old Ship Inn in 1650 and acquired breathtaking sea views in 1703 when the structures at the bottom of Ship Street were washed down.

The Cairn Group, which manages the hotel, has said that the restoration is vital to the future of the 17th-century hotel and also, it would be beneficial for Brighton’s economic growth.

The project developers said that they are going to turn it into a boutique lifestyle hotel in keeping with Brighton’s cosmopolitan and boho vibe.

Dexter Moren Associates (DMA) wants to integrate the existing buildings of the hotel and will increase the number of rooms from 152 to 206, but also aiming to improve the hotel’s food and drink offerings and convention centers.

“Acting on behalf of the Cairn Company client, DMA has planned a series of modifications that will incorporate, externally and internally, the set of historic buildings that make up the current property, enhancing the front of the hotel and the back of the hotel facilities without exception to its massing and its aesthetic appeal.”

The inside courtyard will be transformed to construct a pool area with a glazed detachable roof and leisure facilities, including a health club.

Also, improvements to the ground floor would include a new four-unit store frontage.

A spokesperson said, “Complete with smugglers’ passages and hosting William Makepeace Thackeray and Charles Dickens, the once trendy Old Ship Hotel still enjoys one of the best locations in the area, at the spot where two of Brighton’s finest assets, The Lanes and The Seafront, converge.

He added, “From inside, the design of the hotel will function more towards the essentially of Brighton’s art scene, with meeting and event facilities, which include the Grade II * Listed Adam Style assembly rooms, being renovated and refurbished to even provide good value space for business and leisure visitors.”

Javier Ortega, the Senior Architect at DMA, stated: “The Old Ship Hotel will then be reinvigorated to what is intended to be Brighton’s top Boutique Lifestyle Hotel, reviving the city and providing a more experience-based interface among both the locals and tourists.

“Over the past several years, Boutique Lifestyle Hotels have come about as a result of hotels engaging more with their specific area than simply servicing hotel guests.

The scheme was supported by the Regency Society when it said: “In addition to the Assembly Rooms, the significance of the Old Ship has been as historic as it is structural.”

Representatives of Brighton and Hove City Council were advised that the proposals would allow more people to use Ship Street.

And the plan would also provide better pedestrian connections between The Lanes and the seafront.

Green Councilor Phélim Mac Cafferty, former chairman of the Planning Committee, would like to see more initiatives to boost the “public spaces.”

Labor Councilor Daniel Yates affirmed, but added, “This would add major changes to the way Black Lion Street appears. It makes it look more like you walked into a goods yard at present.

“It’s going to boost the front part, the side and the back too! All in all, this is an enhancement.”

Labor Councilor Tracey Hill, who served as chairman of the Council Planning Committee, went on to say: “The Old Ship Hotel has been one of our oldest historic monuments on the seafront, and this demonstrates how delicate planning can effectively incorporate modern and heritage structures.

“The project would also boost the street scene and the additional bed spaces would be a great addition to the city as a convention and tourist destination.”

The idea was unanimously accepted by the Brighton and Hove City Council’s Planning Committee.