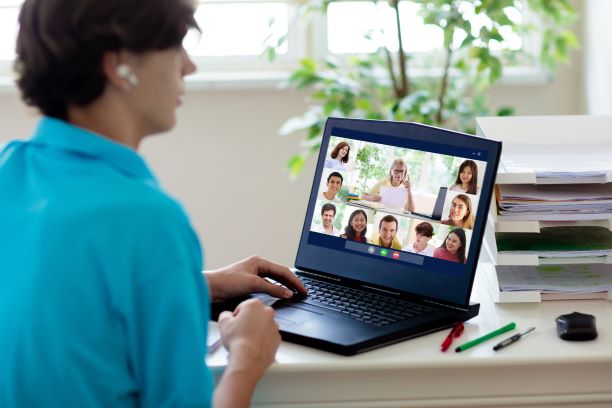 There are so many reasons networking is an important element of PR for a business, but in a world where such gatherings are increasingly taking place online, it’s easy to neglect this vital marketing tactic.

But networking online is far easier than you might think. All you need is your laptop, tablet or smartphone, an internet connection and a desire to make new connections.

And the best news is that you’ll need less time for this form of networking. There’s no travel time, far less scene-setting and messing about before and after the networking, and when you’re done, you’re done – you can simply get on with the rest of your day.

However, networking online successfully during 2020 needs plenty of practice and reliance on some tried and tested techniques.

Don’t worry – business cards still have a role to play, and you will have plenty of opportunity to attend in-person networking events in the future, but online is where it’s at, right now.

Here are some tried-and-tested tips for networking successfully online, whether it’s a specific big networking event (such as the world-renowned Brighton SEO conference), or you simply want to interact with people on a one-on-one basis on platforms such as LinkedIn.

Find the right events for you

There are a wealth of online networking events out there to explore, but it’s important to find those that are most relevant for you and your business.

Take some time to scour LinkedIn, Facebook and any local or industry-specific networking organisations to find events that catch your eye.

Look for events that hit on topics which interest you, or which feature speakers who appear to be answering big questions that are on your mind. Try and avoid signing up to just because they talk the talk; look for substance and relevancy first and foremost.

If you want to undertake some of your own networking by proactively finding people in your niche, it’s important to bear in mind that there’s rarely a single, straight line to the right person.

For instance, you may want to speak to high-level leaders or departmental heads. Chances are, unless you know them already, you’re probably not going to get an audience with them without going through someone else first.

In that instance, your best bet will be to nail down the gatekeeper or personal assistant and start your work there.

Remember – there’s always somebody behind the person you first speak to when networking online. Make a good impression with that initial contact, and it’ll likely lead you to the person you really want to talk to.

Get to know people as you would in real life

If you’ve ever been to an in-person networking event, you’ll know that you can’t simply launch into a sales pitch and expect the people you meet to be immediately wowed.

That never happens. It’s why you need to spend time getting to know people while networking. It’s exactly the same online, but you can – and should – do lots of preliminary work before you actually speak to that person.

Start by scoping them out on social media. This isn’t snooping on them – it’s networking research and part of networking itself.

Connect with them on LinkedIn and explain you’d love to get in touch to discuss potential shared interests. If you’re due to attend the same online networking event, tell them you’re looking forward to it, and to meeting them there.

Check out their Twitter feed, too, if they have one. This will give you a great idea about what’s on their mind and, crucially, the kind of person they’re likely to be when you actually communicate with them digitally.

There’s definitely a fine line between being creepy and researching someone online, but if you keep it high-level and transparent (i.e. by contacting them on social media while researching), it’ll serve you well for the eventual eMeet.

Make sure you can add value

This is a big one.

We all have limited time these days, and the point of online networking is that it should be sharp, to the point and completely free of waffle.

To make sure you avoid spending too much time talking about yourself and how wonderful your business is, make sure you have plenty of value to add from the off.

You get a limited amount of time to impress during online networking (a bit like in-person networking really), therefore you need to have in mind:

– what you can do for the person you’re networking with;

– how it will change their life;

– examples of how it has worked for others.

Your single most important goal for online networking should be to add value – constantly.

Only network when the time is right

If you’re approaching online networking on a one-to-one basis, make sure you pick the most convenient times to reach out to people.

For instance, 8am on a Monday morning probably isn’t going to win you many friends, whereas targeting the afternoon slump can be an ideal time to connect. Many people are probably clock-watching at this stage of the working day, which means they may be more amenable to interruptions that offer an opportunity to escape a humdrum task.

Equally, it’s a great idea to get in touch with people when they’re most likely to respond. That sounds obvious, but you can identify these times if you take note of the times they often become very vocal online.

If they’ve been active on a certain topic or have something to promote themselves, that’s the best time to approach the idea of online networking, because they’ll probably have a lot to say.

Keep it as short as possible

The final tip is a really simple one, but something that’s easy to get wrong.

Just as Zoom meetings are usually far quicker than their in-person counterparts, online networking should be swift. As noted, we all have very little time these days, and networking is often seen as a bit of a ‘jolly’ to which time can rarely be afforded.

However, if you go in with your value proposition and a clear desire to let the other person talk, you’ll really refine your ability to hold short networking sessions which are beneficial for both parties.

Online networking really is where it’s at, and that’s likely to be the case for the foreseeable future. Don’t let the opportunity pass by – use the tips above to become a remote networking master.