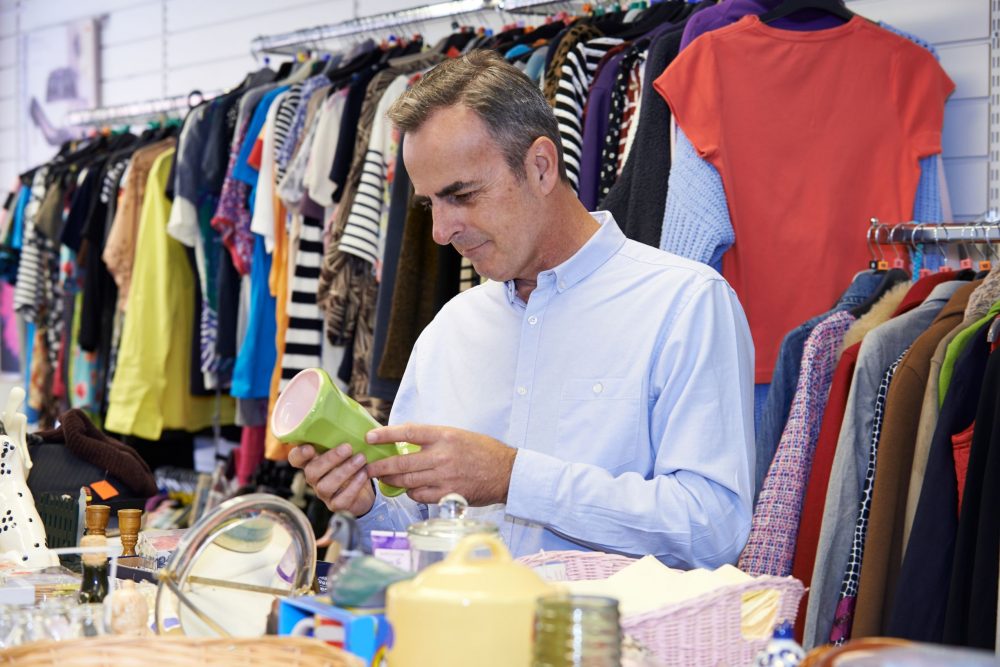 As lockdown measures are gradually starting to ease across the UK, charity shops, along with many other nonessential businesses, will be reopened on 15 June, but in compliance with government guidelines.

This officially extends only to England at this level and further clarification will be provided to Scotland, Northern Ireland, and Wales by their government officials.

Within Scotland, local retail companies will start to open the phase 2 route map drafted by the Scottish Government.

The map illustrated that such retailers would have to introduce “physical distancing” initiatives to provide a safe environment for the customers.

These initiatives will include cutting the number of shoppers inside the shop on each given time, putting distance markings on the floor, and some hygienic measures such as the use of plastic screens in front of cash registers.

Charity shops have been anticipating a large influx of various donated items, with people tidying up their houses and clearing out unwanted things while on lockdown.

A national campaign was initiated by the CRA and also its members on different social networking sites on 8 June is encouraging people to “be mindful” as to what they plan to donate and advise them to check if the shop is open before they drop their donations.

Barnardo’s is among the first to begin trading, scheduling to resume operation of their 70 shops out of the 700 existing Barnardo charity shops throughout England from 15 June with the local volunteers and other staff members.

Cancer Research UK reports that the effect of coronavirus is a 20-25% decline in its fundraising revenue, a deficit of £120 m. It is currently preparing a phased reopening of its charity shops all over England on 29 June, following the government instruction.

The strategy is identical to that of the British Heart Foundation, which has 750 UK shops as well as an online website, which has lost about £10 million monthly as an effect of the lockdown.

Upon 12 weeks of business closure, charity shops across Brighton and Hove will open their doors and look forward to welcoming customers, charity donors, and personnel on Monday, 15 June.

Stores will adhere to the government recommended guidelines with extra sanitizing and social distancing methods, along with designating hand gel stations at every entry to create a safer environment for the customers and the employees.

When the charity shops are reopened, donations are encouraged, but if the donors had some issues or queries before they drop off their donated items, they can contact the shop beforehand.

Several charities are also requesting for even more volunteers to help them get back on track, as the lockdown has impacted the number of people volunteering.

Simon Green, chairman of YMCA England & Wales, stated: “The retail team has worked incredibly hard to open up shops in a manner that guarantees the safety of our customers, staff and other stakeholders, and we simply can not wait to welcome everybody back in a big way.”

“It is a joy to work at the core of the community, offering not only the chance for people to access bargains and recycle products but also the possibility to create job opportunities and build great relationships. We missed you, and we’re very glad to be back.

What new safety measures will be put in place?

Charity shops have been severely hit by the lockdown, many have reported of losing millions of pounds every month as an outcome of shops being closed down. Most are eager to resume operations, but guidelines on physical distancing and strict cleanliness imply that they’ll have to conduct business on lessened hours and put current laws in place for their donors and buyers.

Additional guidelines have been released for the retail industry, which contains the steps that will be taken to meet the standards of sanitation and social distancing. Like many other retail stores, hand sanitizers, transparent plastic screens in front of checkouts, restrictions on the number of shoppers, as well as contactless payment systems are highly probable in becoming the new standard measures.

All this includes the regular cleaning of objects and various surfaces that are frequently touched, such as shopping carts, vending machines and self-checkouts, and the placement of protective coverings on bulky items which are always touched by the customers, including beds or couches.

The CRA blueprint for its 400 members, which operates approximately 9,000 shops, seeks to assist them to comply with the physical distancing measures mandated by the government.

Robin Osterley, Chief Executive Officer of the CRA, said, “Our members are, rightfully careful, but they’re a truly brilliant group, and there’s been a great deal of very remarkable forward prepping.”

Donations to be quarantined

Under the guidelines declared by the Charity Retail Association (CRA), all new donations, from clothes and shoes to paperbacks, glass, and housewares, will be placed in quarantine for a minimal level of 72 hours to prevent contamination.

Buyers are required to use a hand sanitizer before touching the clothes or handling any item on the shelves, to comply with the rules written by the UK charity shops.

Donors will be instructed to go directly to the established donation points, like vacant stores or warehouses, instead of just leaving the donated goods in doorways or even outside the shops. Changing rooms will be shut.

Contingency plans for the resumption of charity shops also include employing waste companies to deal with donated items that have accumulated and those which remain unsorted.