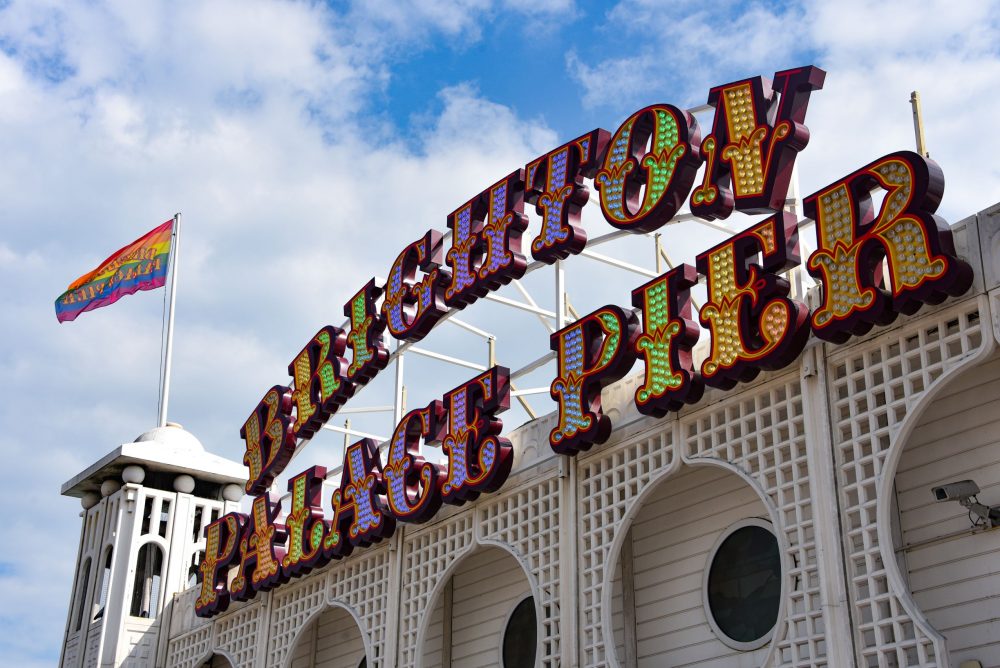 The Brighton Palace Pier is heading in the right direction by going green through the major changes in packaging, power supplies, and the way waste is treated.

The Seaside Attraction has entered into a 2-year deal with the green company Octopus Energy intending to improve its energy saving-credentials. It will operate on electricity from 100% renewable sources until the end of 2021.

The renewable energy alliance would limit the emission of more than 1,000 tons of carbon dioxide into the air. That is equal to driving 319 vehicles off the streets or 200 hot air balloons for two years.

Zoisa Walton, the business director of Octopus Energy, said that her company wants to revolutionize how firms in Brighton utilize their energy.

She said, “Cutting carbon emissions has never been more relevant, and we are pleased that our Brighton Business Power tariff would not only help sustainably supply power to the local business sector, but it will also assist worthwhile causes in the city, like the Clock Tower Sanctuary.”

She continued, “The Council announced a climate emergency last year and they have worked hard to enforce emission reduction and the transformation of the city to a carbon-neutral city. We are pleased to join in the project, which supplies 100% local renewable energy.”

“Much of our electric power comes from a Hailsham solar farm, so we use local sources. Another thing we give is cheaper prices for companies that do not use electricity during peak hours.”

“We have been looking at the way companies interact with the National Grid and the schedules they utilize their energy. We would like to see a future where energy can be locally produced.”

As of recently, over 100 Brighton companies have signed up for the Brighton Business Power tariff.

“We are pleased to be working with Octopus Energy for powering the pier,” said David Rochford, Chief Finance Director of the Brighton Palace Pier.

The tariff would provide us with affordable extra energy supply as well as allowing us to save 1,025 tons of carbon dioxide within the next 2 years.”

Being one of the major employers in Brighton and one of the largest tourist attractions in the UK, our workers have also decided to sign up to make a significant difference. They write their names on the Team Charter staff to help ensure that the pier becomes much more eco – friendly.

The signed charter is all about not using plastic bottles of water, but using refillable bottles instead, and the same goes for coffee cups.

In the winter months, the pier employs approximately 170 people but in the summer, it hires around 500 workers, many are in between 18 and 25 years of age.

The majority of them are young, but already very conscious of climate change and other environmental issues.

On the other hand, the Pier opened its new vegan food outlet for the first time. The “Veg Up Your Day”, a dedicated vegan outlet that sells 100% plant-based food. And it’s going to be the first food outlet on the pier to deliver food at home or anywhere in Brighton. The main menu consists of 10 starters, 10 mains as well as 10 desserts. Then there’s a menu for breakfast and nutritious organic drinks.

The pier’s project manager, Remy Haudecoeur, said, “I’ve always wanted to do something like this. The pier has been with us for 120 years, but once we don’t take care of it, it won’t be here for another 120 years. It’ll be the same thing with our mother earth.”

“In the past, we used 600,000 plastic packaging products, including 160,000 plastic bottles of water, which will be replaced by cans in a year. We ‘re no longer using plastic containers. It’s now being substituted by wooden cutlery & vegware.”

A vegware is a plant-based item, made from biodegradable materials and can be composted in 12 weeks.

The Brighton Palace Pier is currently collaborating with Life Water, another Brighton company. This is to help reduce the carbon footprint of the pier.

Mr. Haudecoeur also said that the pier had already signed the new waste contract: “All general waste, as well as the kitchen waste, shall be segregated before processing.” This will cover not only the Palm Court Restaurant and the Horatio’s Bar, but also other smaller food outlets.

Sustainable improvements always come at a price. Mr. Haudecoeur stated, “The new packaging material is more costly, but we searched for the product that has the best value.”

“However, we’re saving a lot of money on food waste, so there are as many gains as there are losses.”